Surplus Property Software
About Us

Prior to 1998, the company founder, Gordon Bennett, had been developing client-server desktop applications for 10 years. It was the need to present sophisticated desktop functionality in the web browser that drove the creation of the company’s unique approach to client-side technologies, which avoids having to submit forms to the web server, instead allowing data transfer to take place invisibly behind the scenes. This was originally achieved using VBScript, and COM with Recordsets, and was later transformed to JavaScript, Web Services and XML/XSLT.

Since 2006, this architecture has been named AJAX (Asynchronous JavaScript and XML), and has been adopted by companies such as Microsoft, Google, and Macromedia, and will become the standard for web development for the foreseeable future.

In 2010 the company moved to Virginia. As the leading software application in the surplus property industry, Web Data Corporation has made a firm commitment to continue refining its product offerings, and developing new, innovative approaches to solving the industry’s problems. As each customer suggests modifications to the application, those modifications that can be a general improvement are included in the master application for future customers, and are offered to current customers for only the cost of adding them to their copy of the application. This continual process of improvement will ensure that all our customers are kept at the forefront of innovations in the surplus property industry. 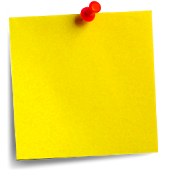 Welcome to 2018! This is the year to Supercharge your Surplus Property

Please Login or Register to View the Demo Videos